After not playing for more than a month since March, I went into the game one day towards the end of May. I was out with mom that day at a mall on the west side of the country, far from where we live, and decided to try my luck for any new Pokemon since it’s a place far from my home that I don’t go often. However, I only managed to catch one new Pokemon, Koffing.

Getting back into the game doesn’t just last one day. I will definitely be addicted for awhile, so a few days later I went Pokemon hunting at the town centre of the town I live in. I started my hunt at the mall there after lunch. I caught two new Pokemons at the beginning of the hunt, Larvitar and Kabutops.

I was heading to the library and while on the way there an egg hatched. 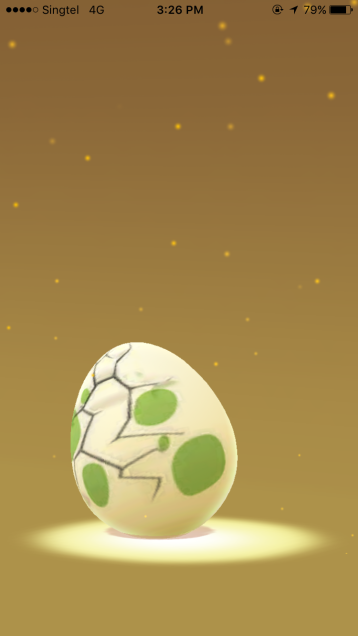 Inside the egg is an Exeggcute.

Then I caught two more new Pokemons, Rhyhorn and Omanyte.

After a break at the library cafe for a cold drink and reading in the hot weather, I continued Pokemon hunting while walking home. The library is quite close to my house so it’s already about half the journey home from the mall. I didn’t catch any new Pokemons while walking home but three eggs hatched! The first egg is a purple egg.

An Eevee hatched from the egg.

The next two eggs are orange eggs.

In those two eggs are Pinsir and Rhyhorn which I just caught earlier in the day. 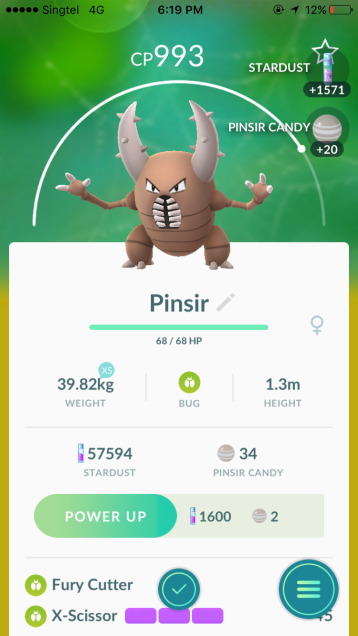 Since it was already the end of May, my addiction continued into June. With an overseas trip in June, it means more PokemonGo Adventures coming up because I definitely did play when I was overseas!