Hunting and evolving continued the next day after I returned home from Bangkok. I needed to buy some essentials so I went out to the mall nearest to my house in the evening. Since I was out, I decided to go PokemonGo hunting as well.

Throughout my walk around the vicnity of the mall and in the mall, I caught four new Pokemons. The first one was Venusaur which I’ve been trying to catch Bulbasaurs for candies to evolve an Ivysaur but now I don’t need to anymore since I’ve managed to catch a Venusaur. 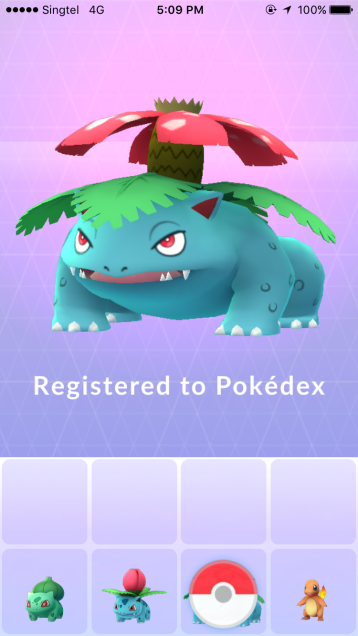 Drowzee was the second new Pokemon that I caught.

Two eggs hatched during my walk and in these eggs were Magnemite and Ekans. 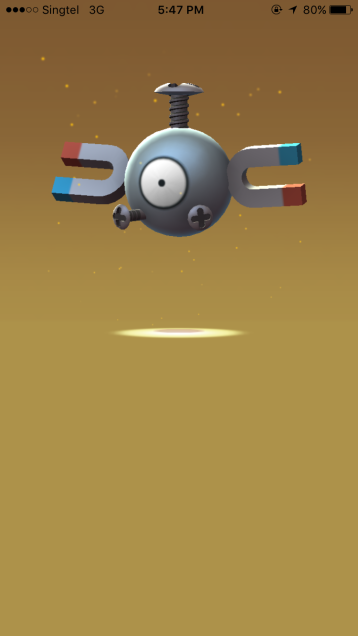 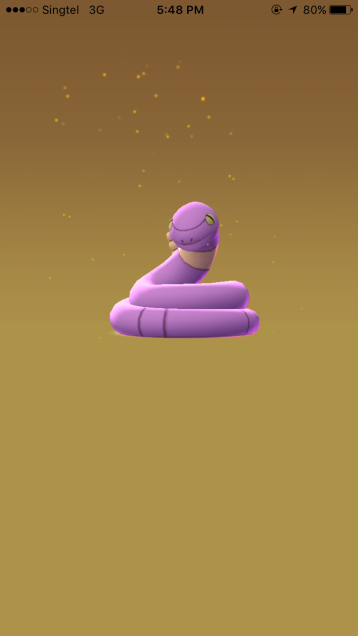 The third new Pokemon I caught was Lickitung. 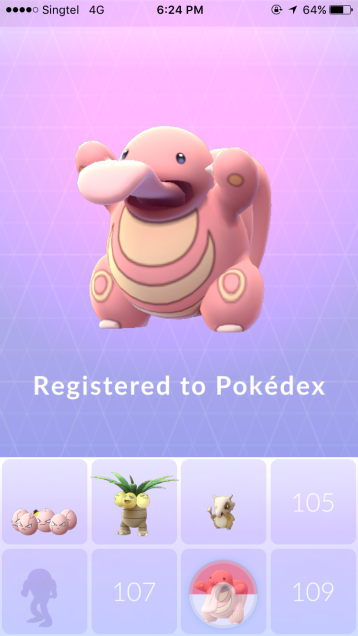 Magmar was the last new Pokemon that I caught. 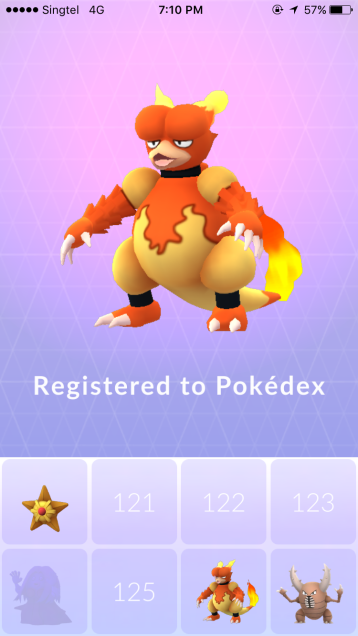 During my walk, I did catch other Pokemons that I’ve caught before for candies to evolve. I continued playing at night when I was back home and managed to get enough candies to evolve a Bellsprout into Weepinbell. 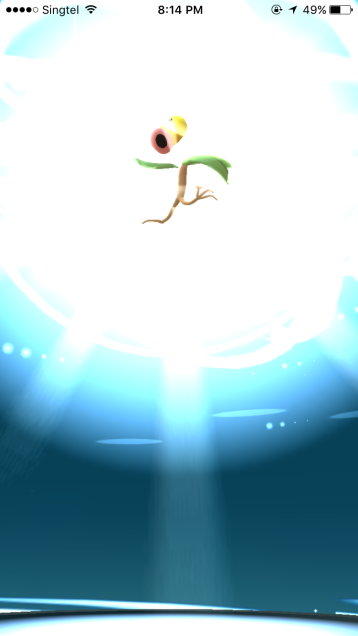 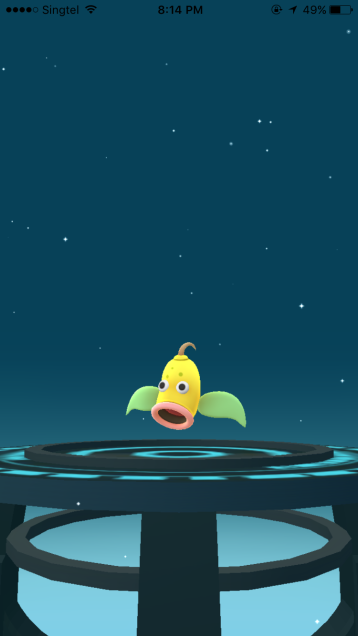 Later on towards midnight, I managed to catch enough Krabbys to get a Kingler into my Pokedex. 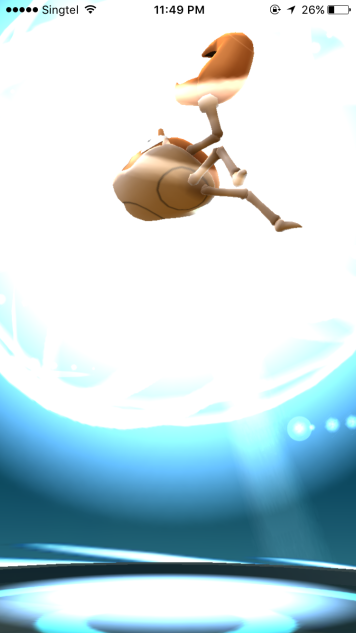 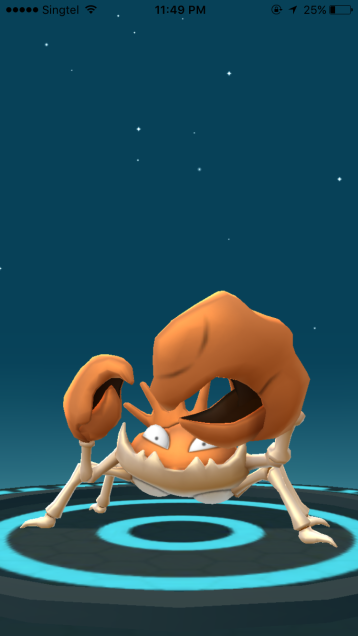 My addiction and hunting didn’t stop here and it continues a few days later when I found out that the game had a new update with new Pokemons!